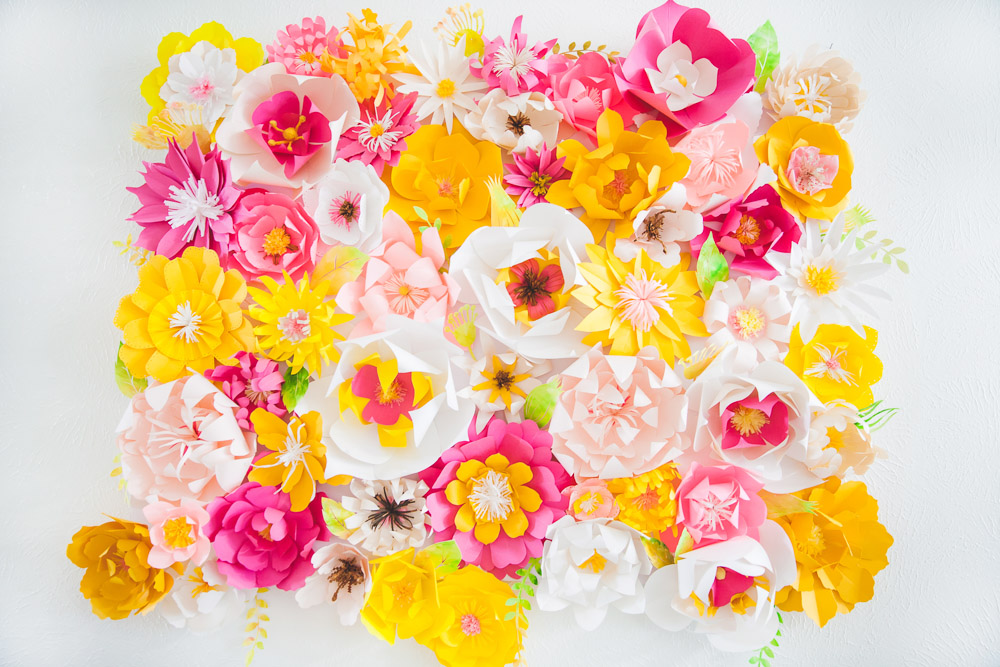 My sister wanted a garden theme to match her baby shower that I threw for her, so we went for it, getting much inspiration on Pinterest and from Oh Joy’s blog. Also, this meant that I was able to reuse some of the party decor, like those hand made tassels for balloons. The photo backdrop is made by using colored napkins, chicken wire, and a wooden frame that my sister’s husband was kind enough to build for us. Guests were given succulents planted in reclaimed baby jars. (We found that instead of buying a single succulent plant for each favor, we were able to keep things more budget friendly by purchasing a large pot of a succulent that contained four to five plants that we divided up into  individual pots). Succulents are so hardy that even a broken part can be nourished back into a thriving plant. I handmade all the paper flowers for the dessert table backdrop. The process was tedious, but I found myself in a very calm place while I was working on those flowers. A temporary craft room/office has been organized in the house, and I’ve been getting lots of things done in there, including most of these decorations for the party.

I can’t believe Olivia is one already! As I was going through all her photos from this year, I really just can’t believe still how fast time has gone by! I’ve been a bit consumed, to say the least, by all the end of school year activities and planning this party at the start of my summer break, but now things are slowing down a bit. Hoping to get more posts in this month. My brother bought a few awesome film cameras that I’ve been kind of itching to test out.