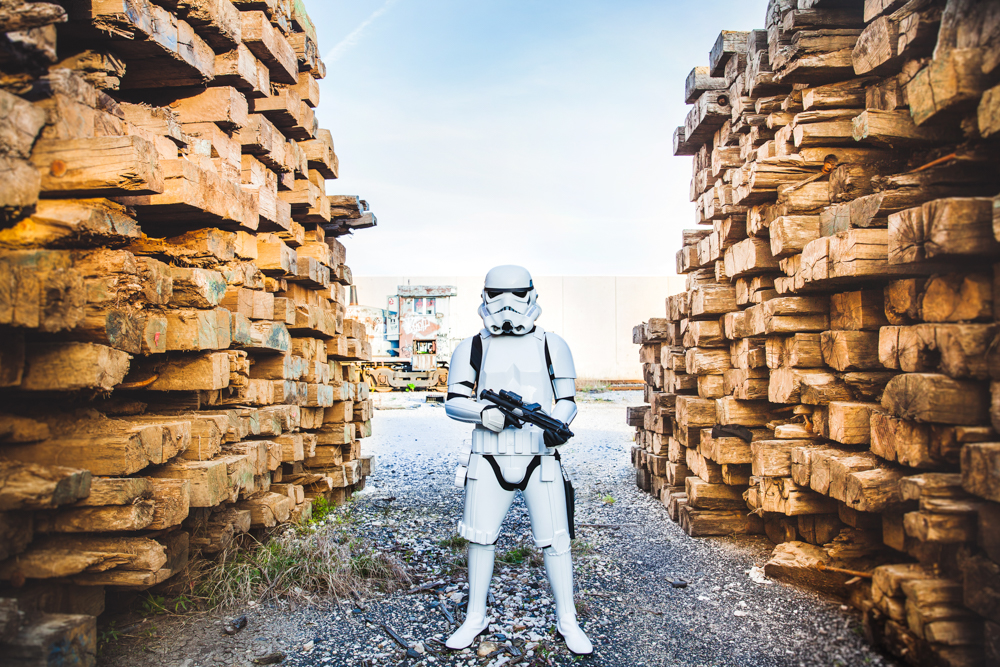 It’s almost six o’clock and the sun is about to set upon us. We’re in this space between a wall of wood beams and Ed is unpacking his gear. I’m setting my tripod and taking test shots and I’m not sure if he notices, but I watch him as he dons his black suit on and lays out the white pieces. It’s sort of a clusterfuck at this moment, as time and sunlight is pressuring us onward, but I know he has a clear idea of exactly what is about to happen. This is usually the case with me when I am setting up for a photo shoot or about to make some form of art, too. Things may seem a bit chaotic, but the vision is always clear. I watch him put his boots on and he tells me they’re new and fit so much better than the last pair. I notice the wear and scratches on the pieces as I help him put on the remaining armor. The pieces slowly but surely come together, an exact replica of a Stormtrooper, just like in the films…

For Ed, the suit has been more than just a costume. Growing up, he was naturally drawn to building car models, ships and planes, and now, his love for detail has been focused on building the suit. Each piece is meticulously constructed to replicate the exact model from the films. He’s almost perfected each piece to fit his body. The suit is not an easy task to wear and mobility is limited, so I can appreciate his dedication to his craft much more when he tells me how the older version of his suit used to dig into his body so much that it would make him bleed.

“I’ll never pass up an opportunity to make myself a little more rare, a little less common…I’ve always been drawn to things outside the norm, quirky things, underground communities or subcultures that get little attention from the general population… I am most comfortable outside my comfort zone.”

The first time I ever met Ed, I think I knew instantly he was a little different. On our first meeting, we ditched the usual bar scene to explore parts of EaDo where he talked about his love for graffiti art, taught me a thing or two about slaps and wheat-paste and we even managed to put some of his work up. He told me about his time spent with some underground graffiti artists in California and how that has inspired his own work. The more I got to know Ed, the more I could see that this was a guy who’s life has been centered around art in some form. A visit to his place and he’ll show you the latest project that he is working on like a little kid excited for show-n-tell, whether it’s a new slap design, a piece for his suit, or a song that he learned on his synthesizer. His enthusiasm for creating is contagious and I’m always inspired to get my own projects in motion after hanging out with him.

At first glance, the suit may be just a costume, but as I was able to get to know Ed better and really take a close look at the man behind the suit, I was able to see someone very unique and inspiring. Unlike the white Stormtrooopers from the films, there is nothing homogenized about him. There are no grand gestures that need recognition. The things that inspire and drive him to create and be different are small, and maybe even unimportant to casual onlookers, but it’s the little things that excite him and sparks enough inspiration to continue being creative. In a sense, maybe Ed has finally made himself a bit more rare, one quirk at a time.

The sun sets, the dark ombré sky is upon us as we’re walking back to the car. For a moment, Ed is standing in front of the skyline and the lights blur out. His figure darkens with the night sky and I stumble to focus in on this moment. This is my favorite shot of the night, I can tell already. For a brief moment, I stare at his profile against the horizon. It reminds me of that iconic scene where Luke Skywalker is gazing towards the twin suns on Tatooine. When the mask comes off, my eyes begin to adjust to the darkness, his face slowly sharpens in plain view and for a brief moment, there is a beautiful vulnerability about him. There is something very vulnerable about every subject that I photograph. To put yourself in plain view doesn’t seem natural at all, yet this is the medium that I have embraced and it’s given me opportunities to meet and get to know some really amazing people and artists over the years. So this is the first piece of a portrait series that I am currently working on. The goal is to open the dialog with the people that I have met or will meet along my own journey as an artist. Inspiration is in the connections that form from these relationships and from the stories and passions that these people can share with me. 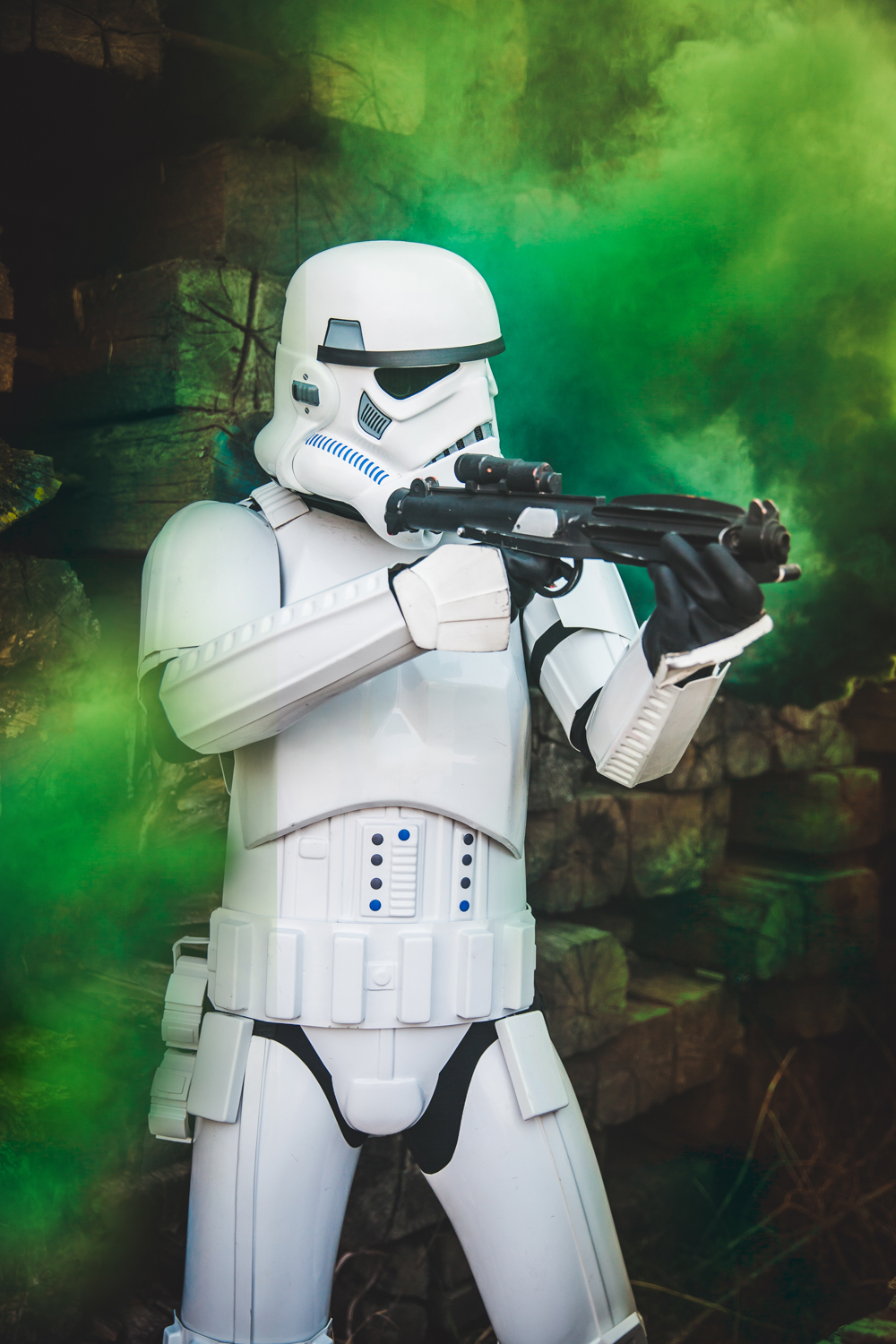 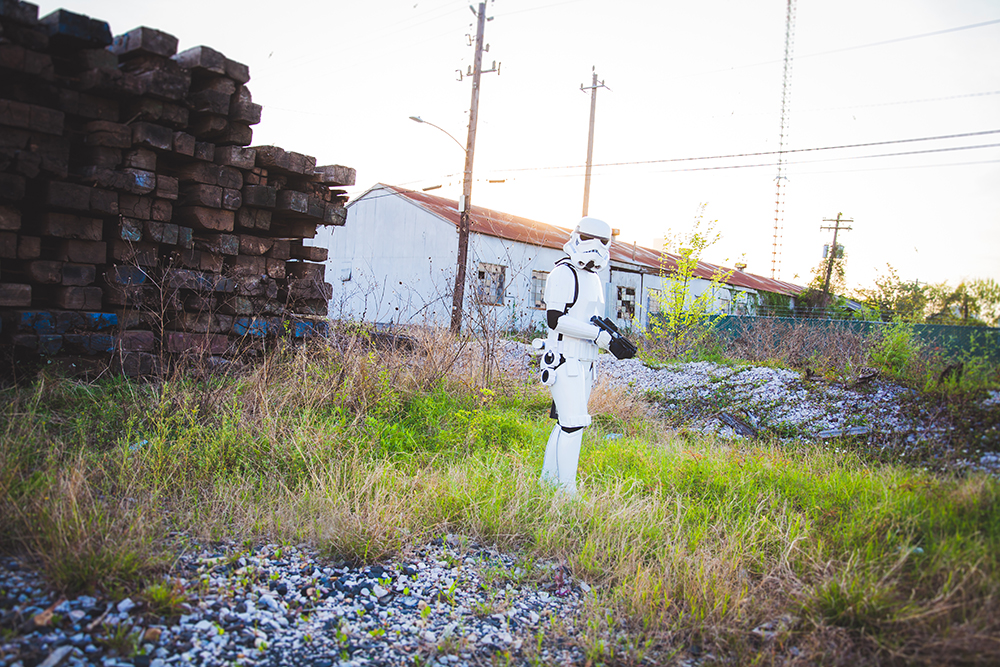 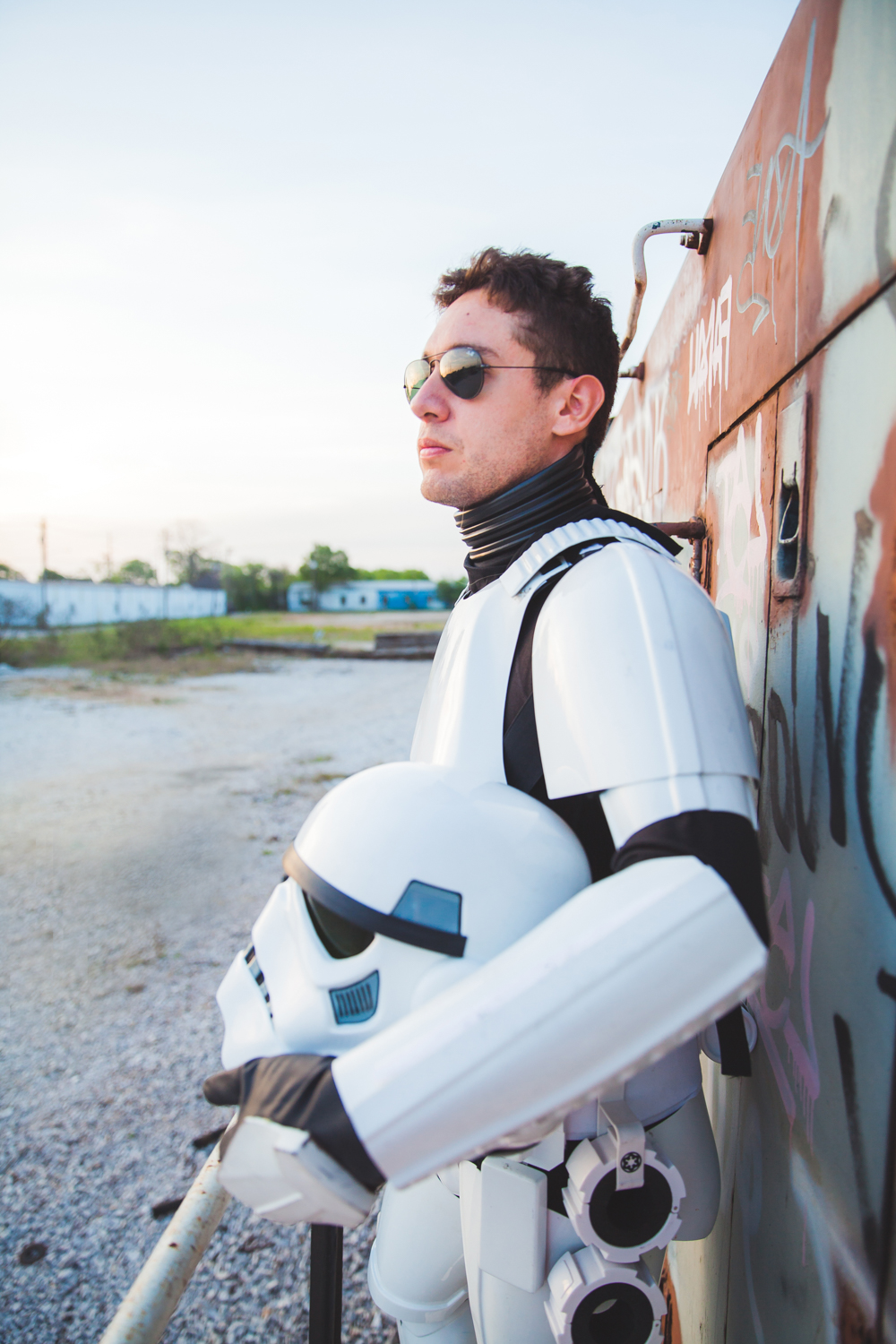 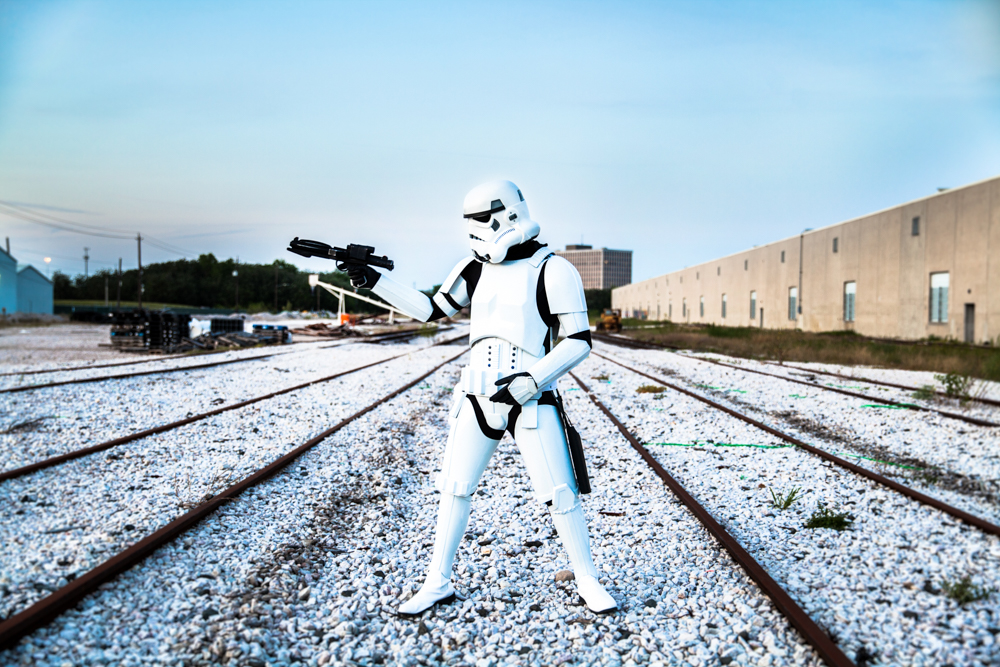 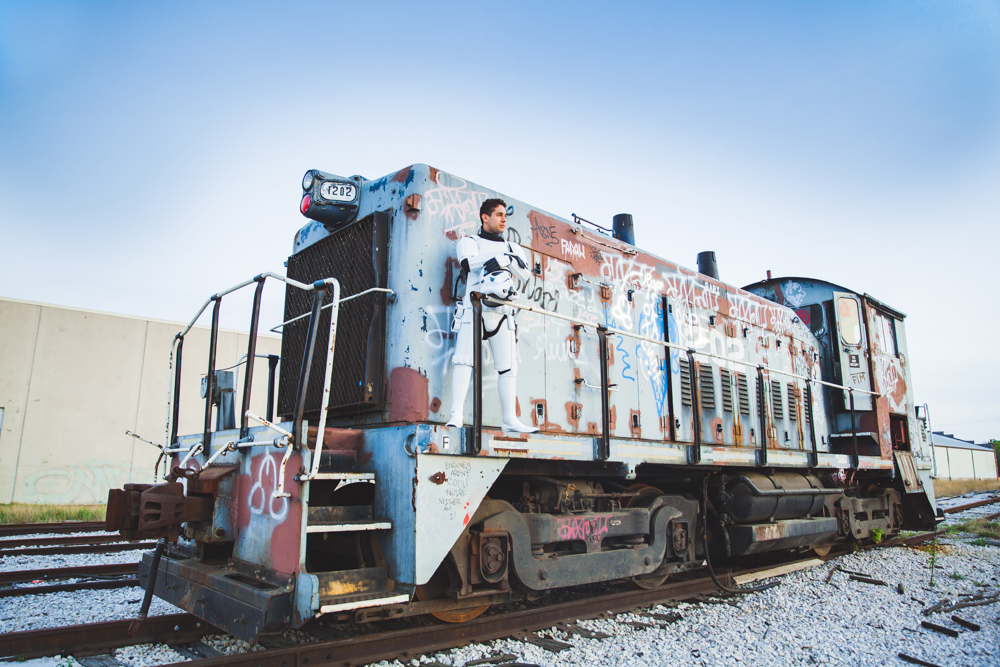 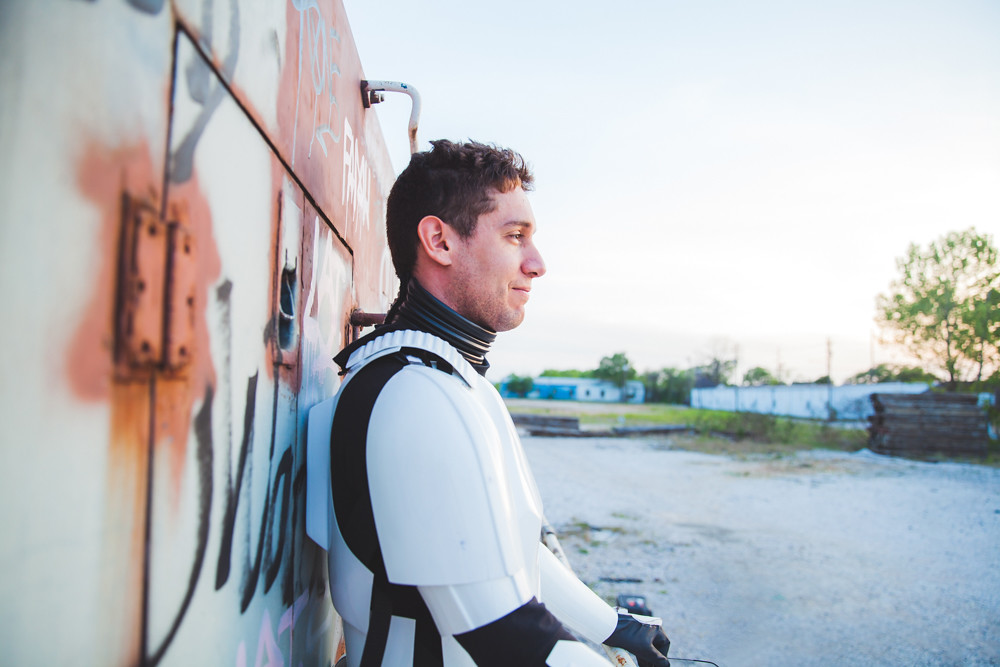 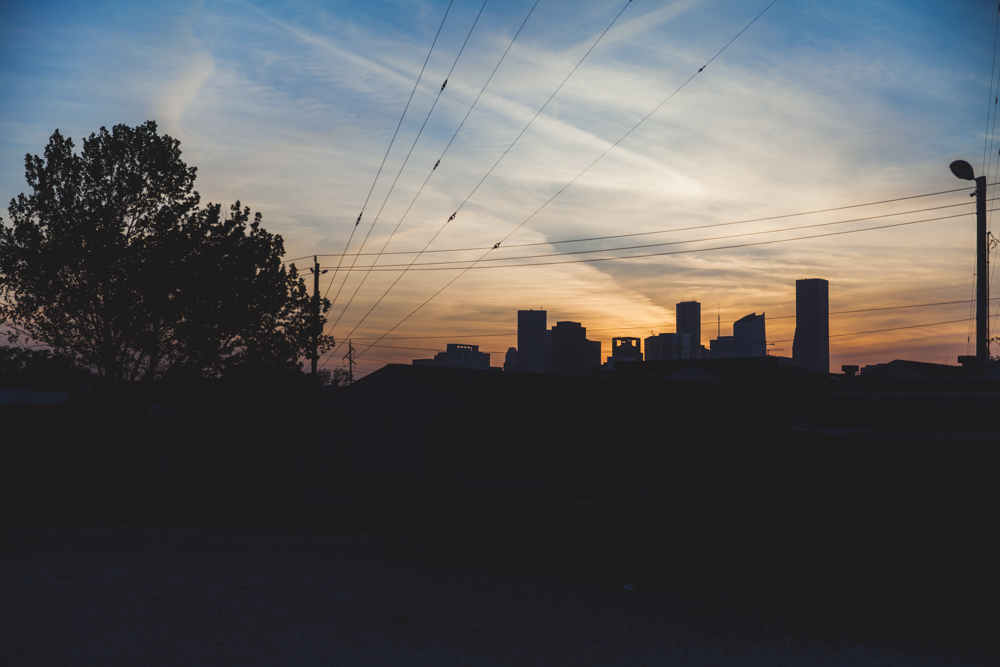 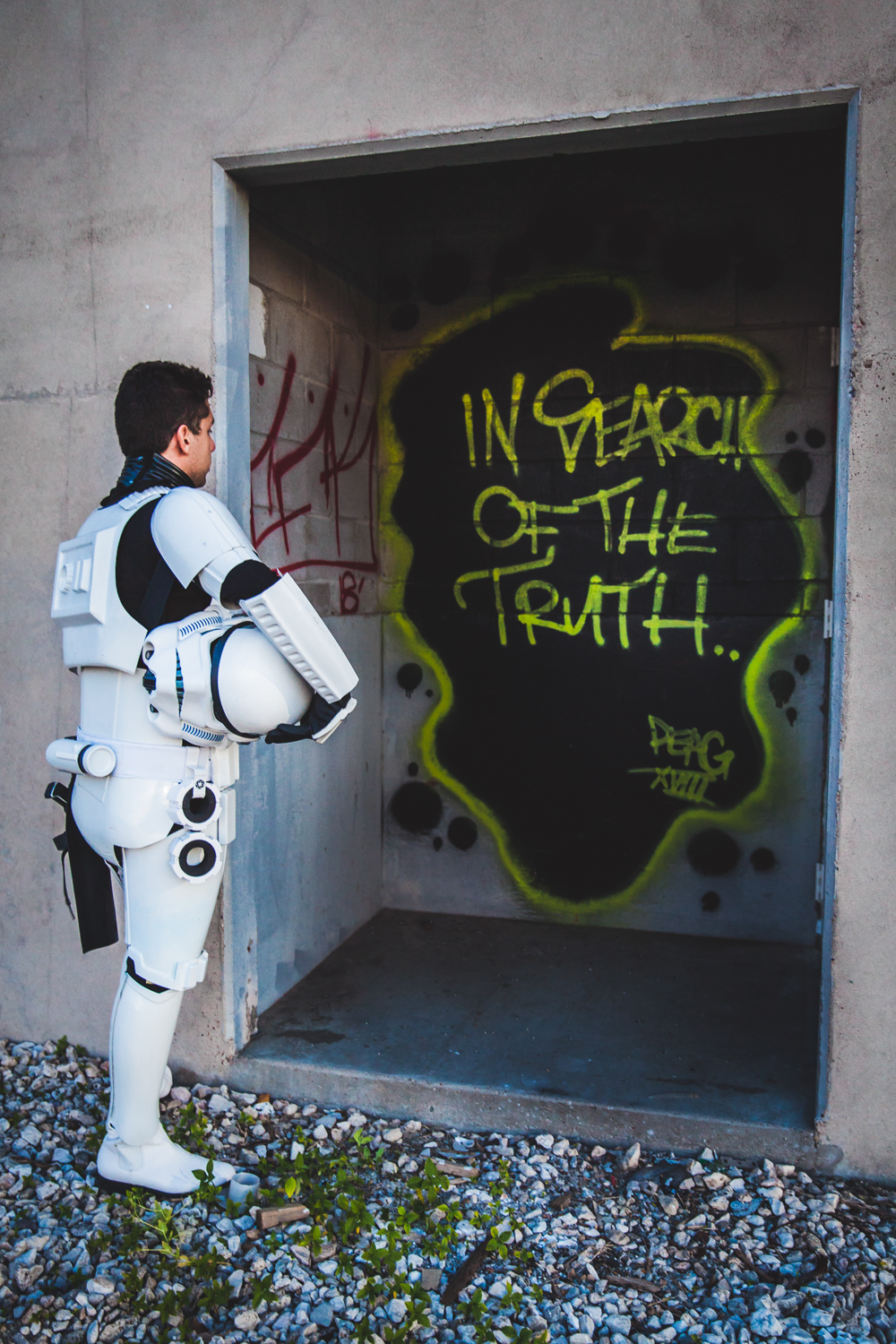 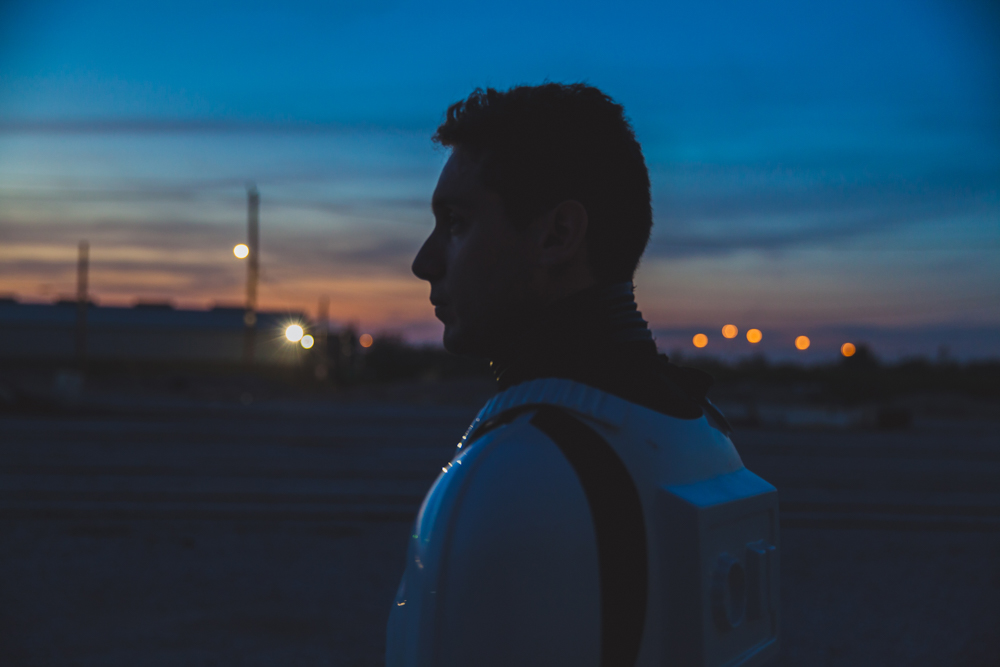 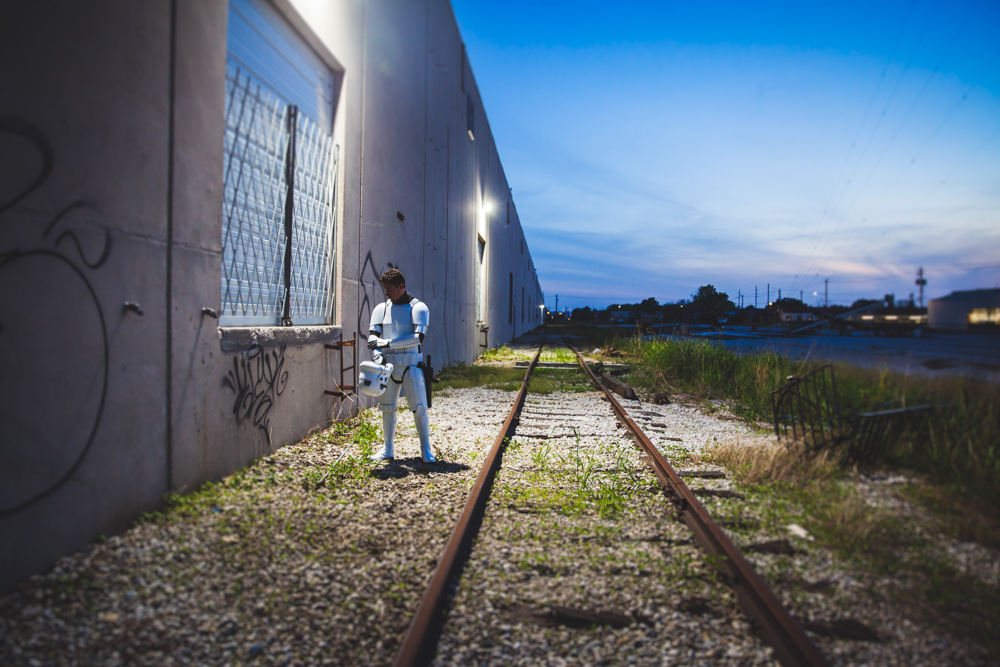